Navigate and Search the Library

How to Search the Library

Put simply, a permalink is a permanent link to an online resource -- like an article, an eBook, a database entry, or a web page. They're sort of like the permanent mailing addresses for the resources you find online, enabling two people on two different computers anywhere in the world to be sure they're both looking at the same page.

Each database -- unfortunately! -- handles permalinks a little bit differently. We've provided instructions for the major databases further down the page. Click the links to the left to jump down there.

Now, let's say instead that Bob doesn't know how to get to the stadium from his home. If Alice told Bob, "Just take Highway 9 to the 72 West, then get off at Ballpark Way," he wouldn't end up in the right place -- he doesn't even own a car!

Instead, Alice should give Bob the address of the stadium, so Bob can look it up on a map and find the best way for him to get there.

This is what permalinks do. They allow you, and Bob, and Alice, and your professor, to all know exactly where you're trying to get to, so that each person's computer can find the way there that makes sense for where they live.

To find the permalink for an article in an EBSCO database like CINAHL or Medline Complete -- or when you use the "Everything" search tab -- do the following: 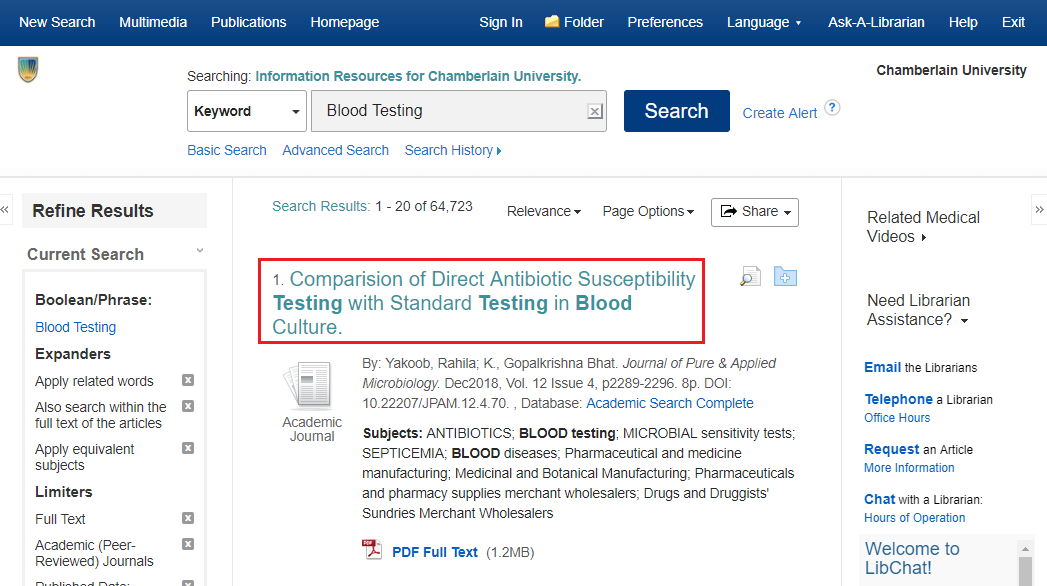 2. This will take you to the "Record Page" for the article.

An article's Record Page contains all the important information about an article. It's also where you can find a number of other tools besides the permalink button, so be sure to explore what's there! 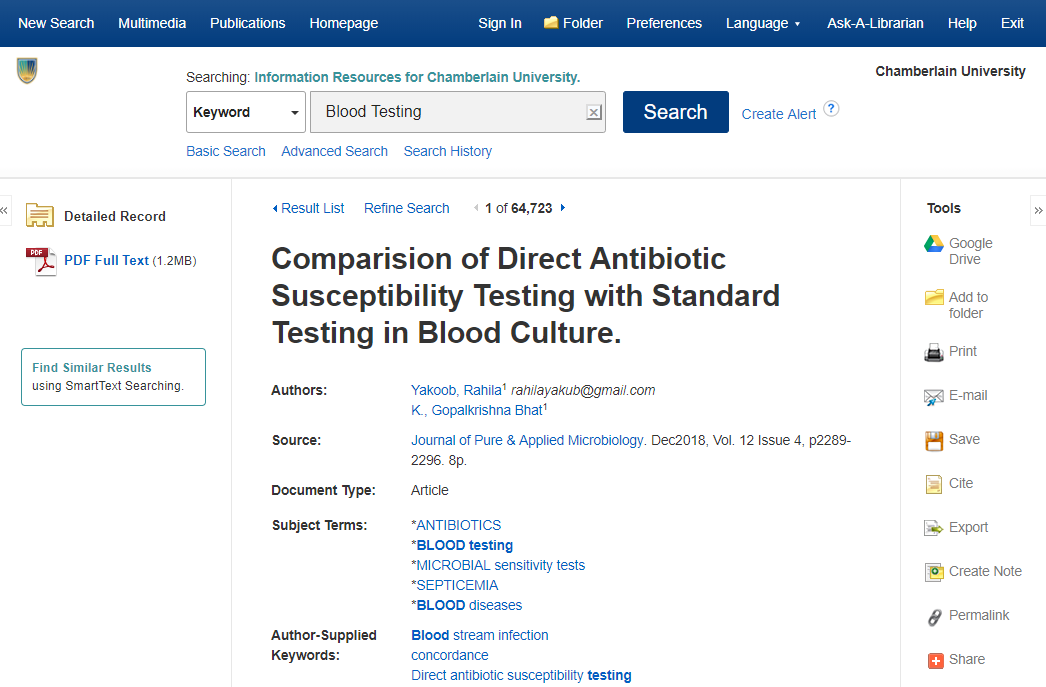 3. On the right-hand side of the page, look for the Tools column. 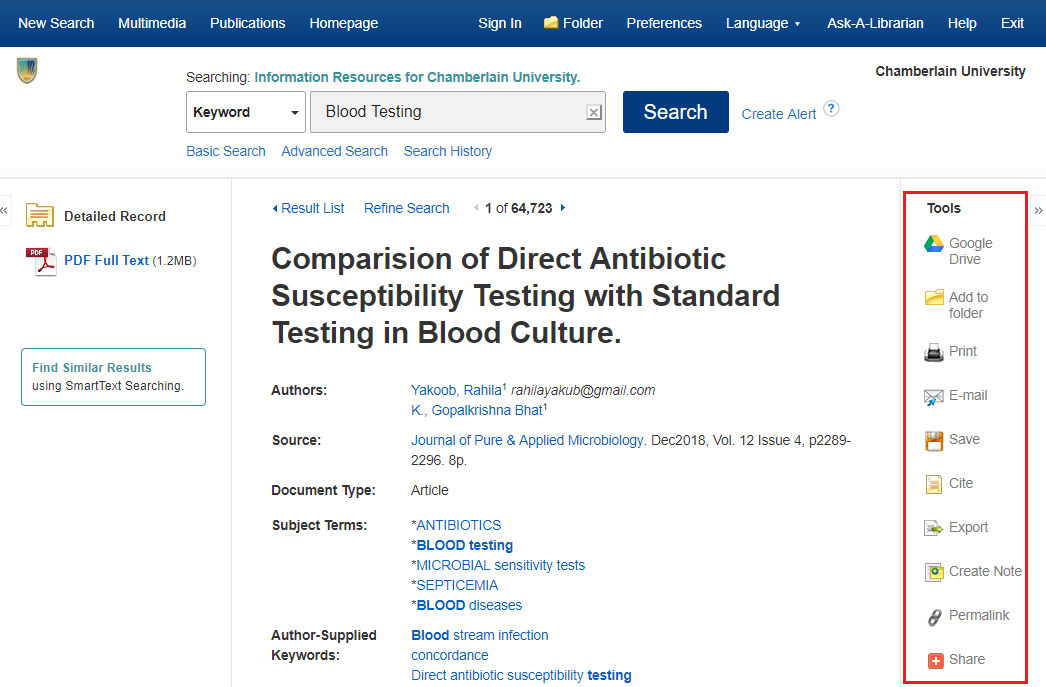 4. In the Tools column, click the Permalink button -- it's the one with a picture of chain link next to it. 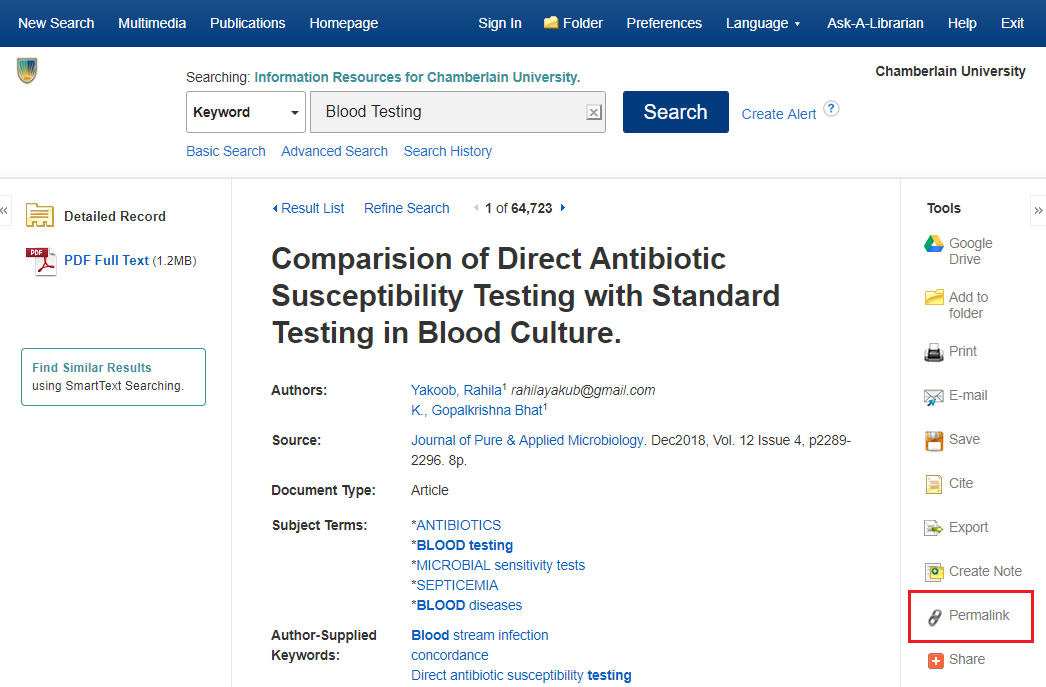 5. A box will appear above the title of the page containing a long URL that starts with https:// -- that's the permalink. 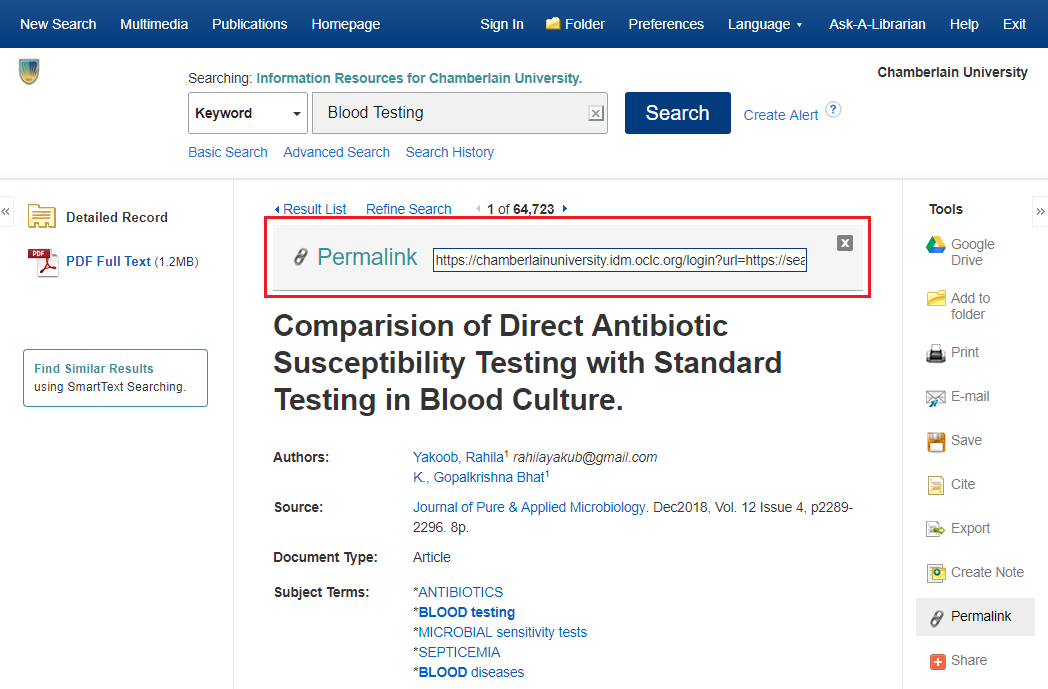 Permalinks in the OVID database are a little bit hidden, but you can find them by doing the following:

1. Go to the article in OVID, and look for the "Tools" column on the right-hand side of the page. 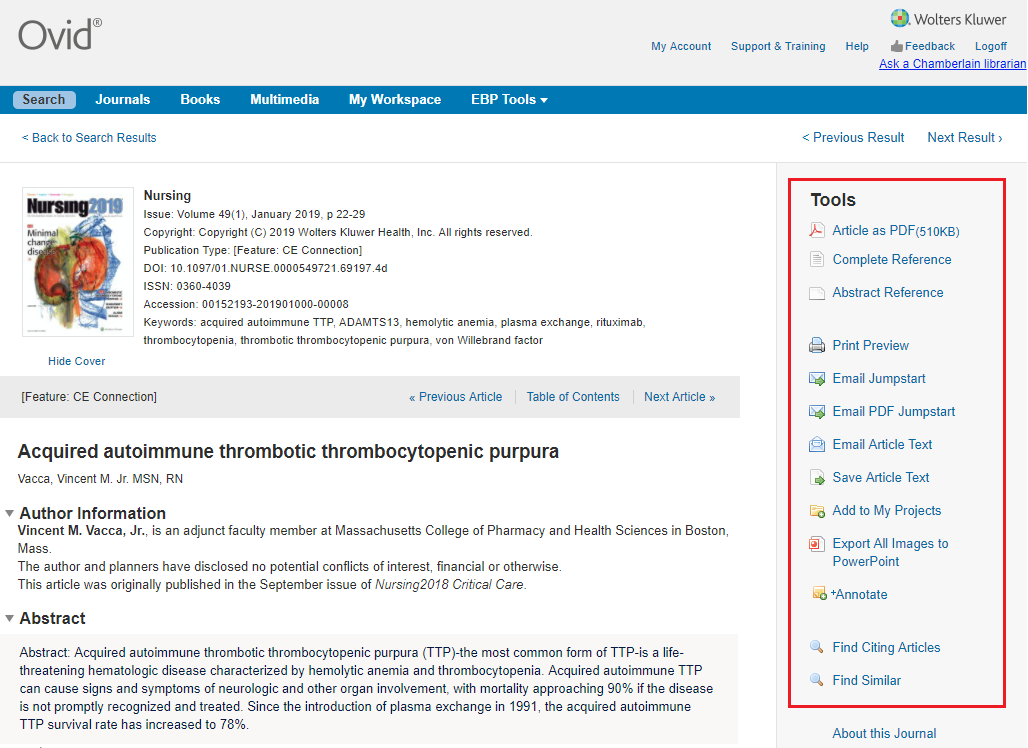 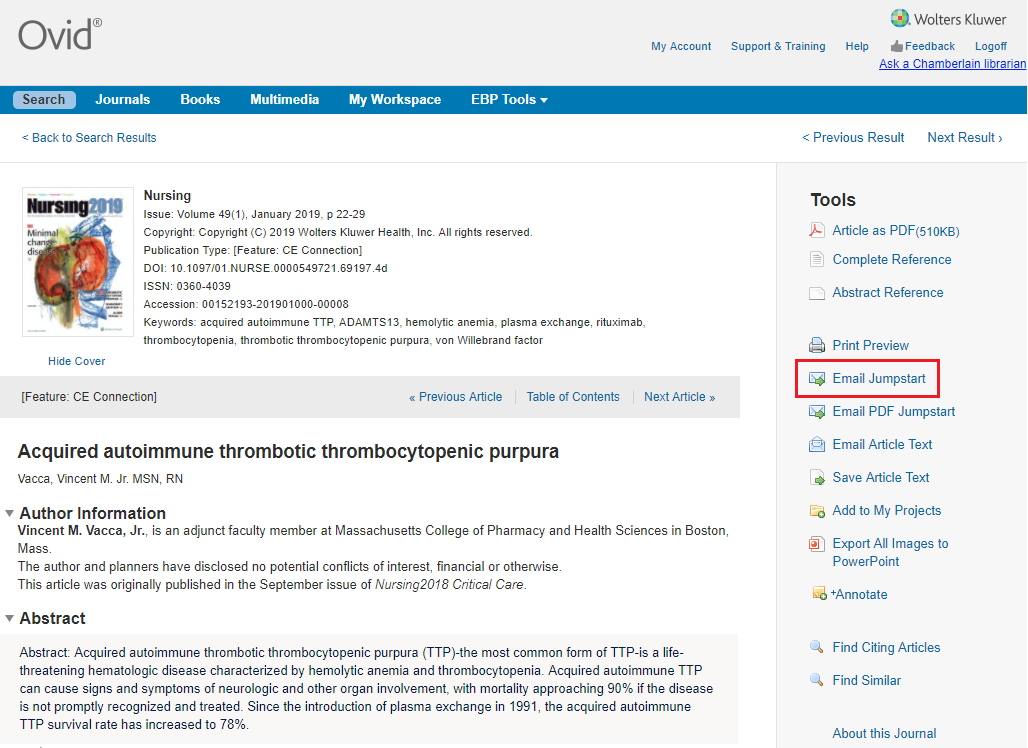 3. A box will appear in the center of the screen -- the "Jumpstart URL" is your permalink.

Note: Once you've copied the Permalink, you can close the box. You don't need to do anything else. 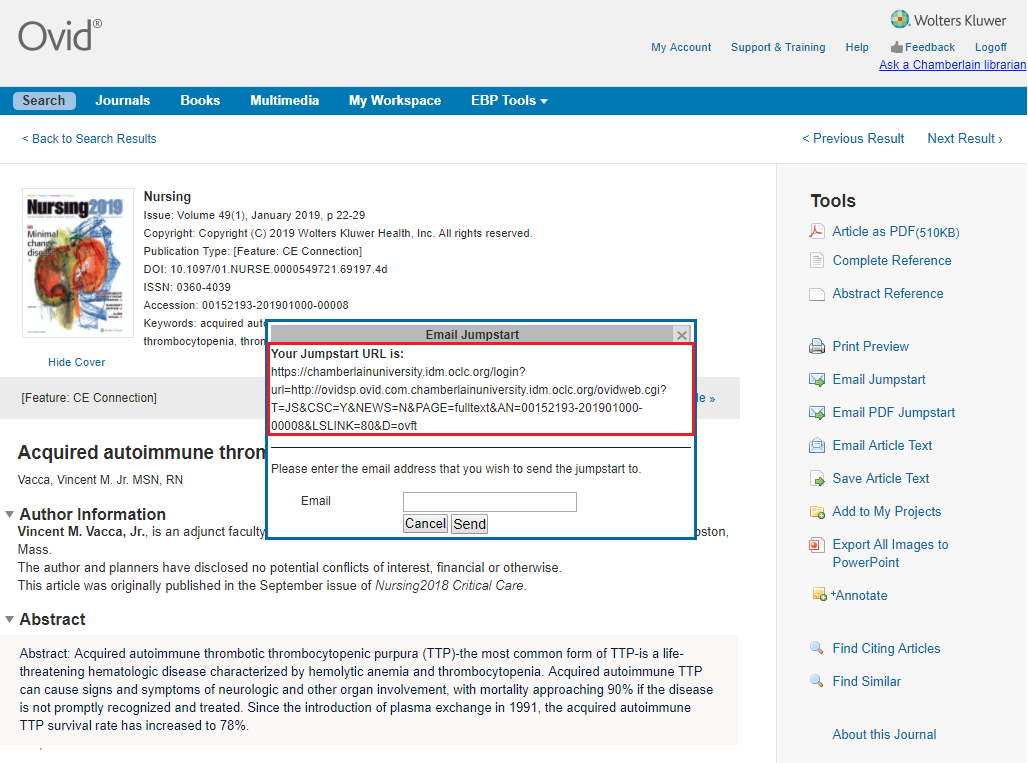 1. Go to the article in ProQuest. 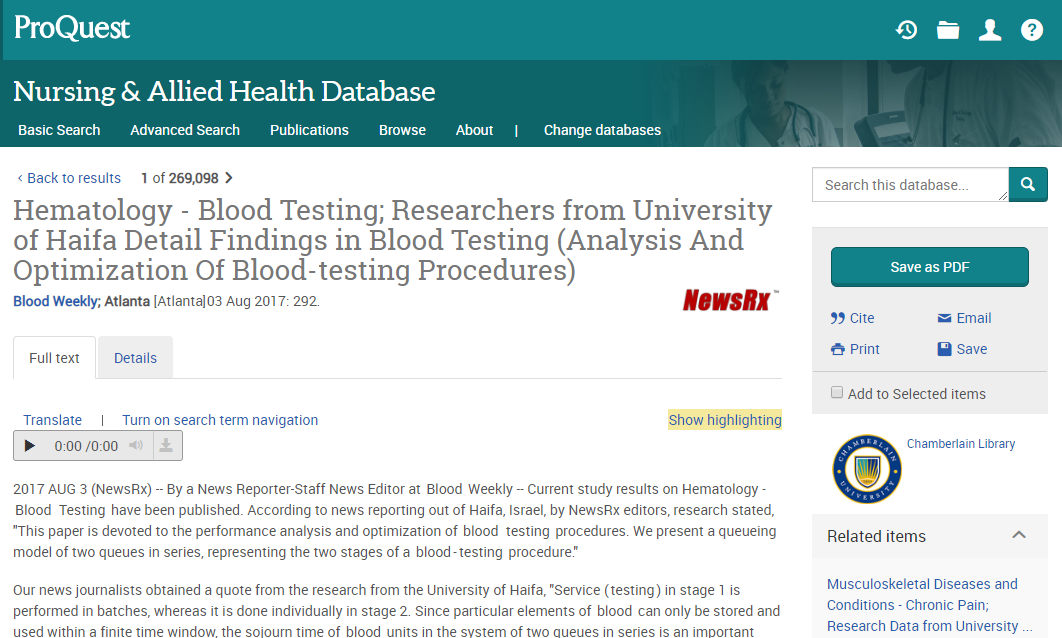 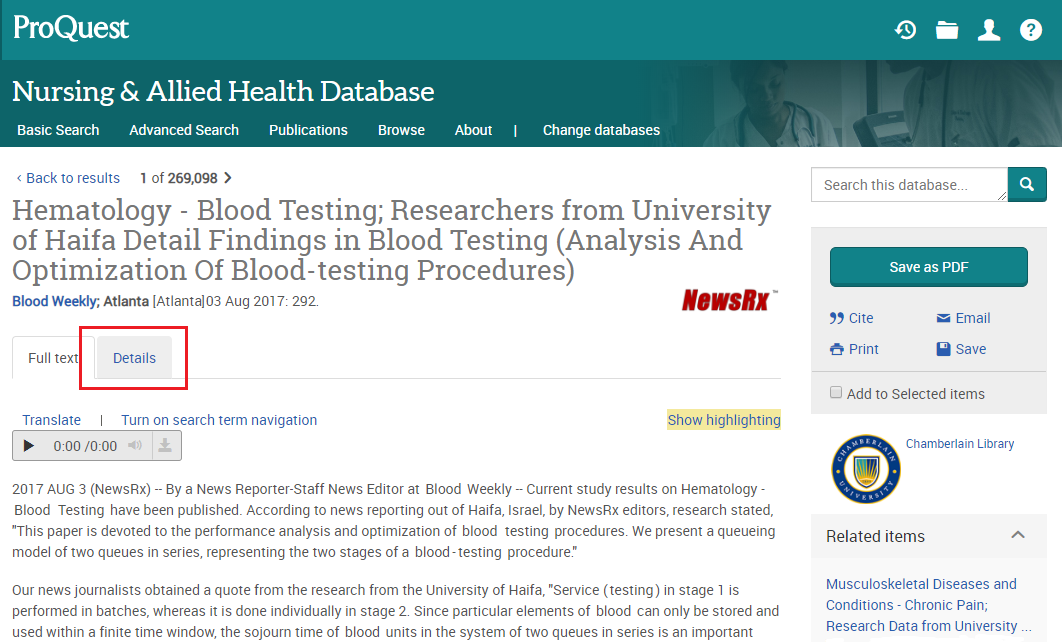 3. Scroll down the page until you find the "Document URL" section -- that link is your permalink. 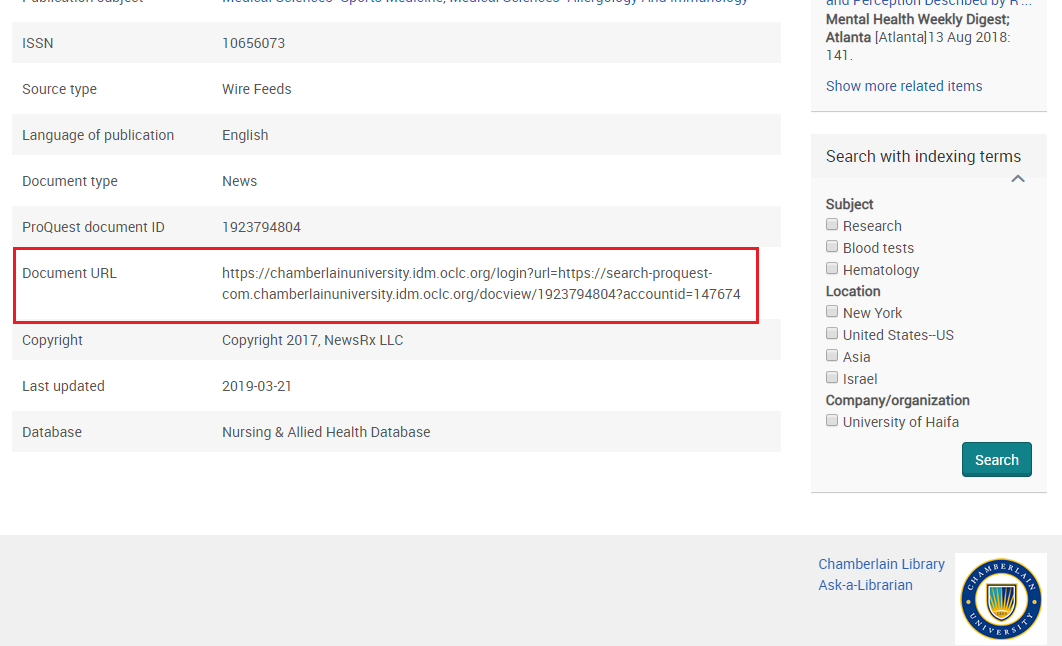 Permalinks in Other Databases

The Browser URL is the Permalink

In the following databases, the Browser URL is the permalink:

You can find the Browser URL at the top of your browser window: 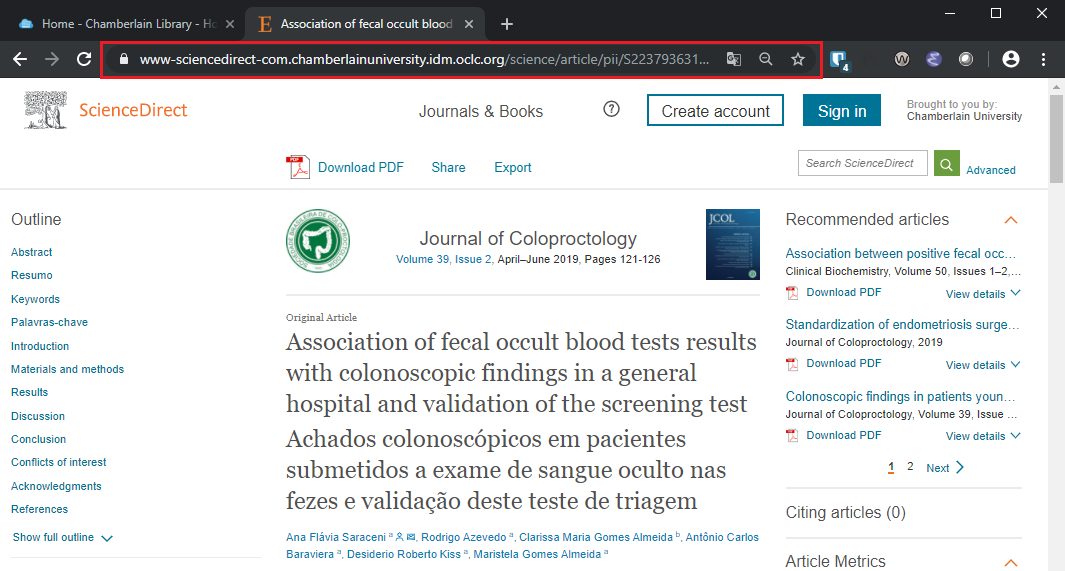